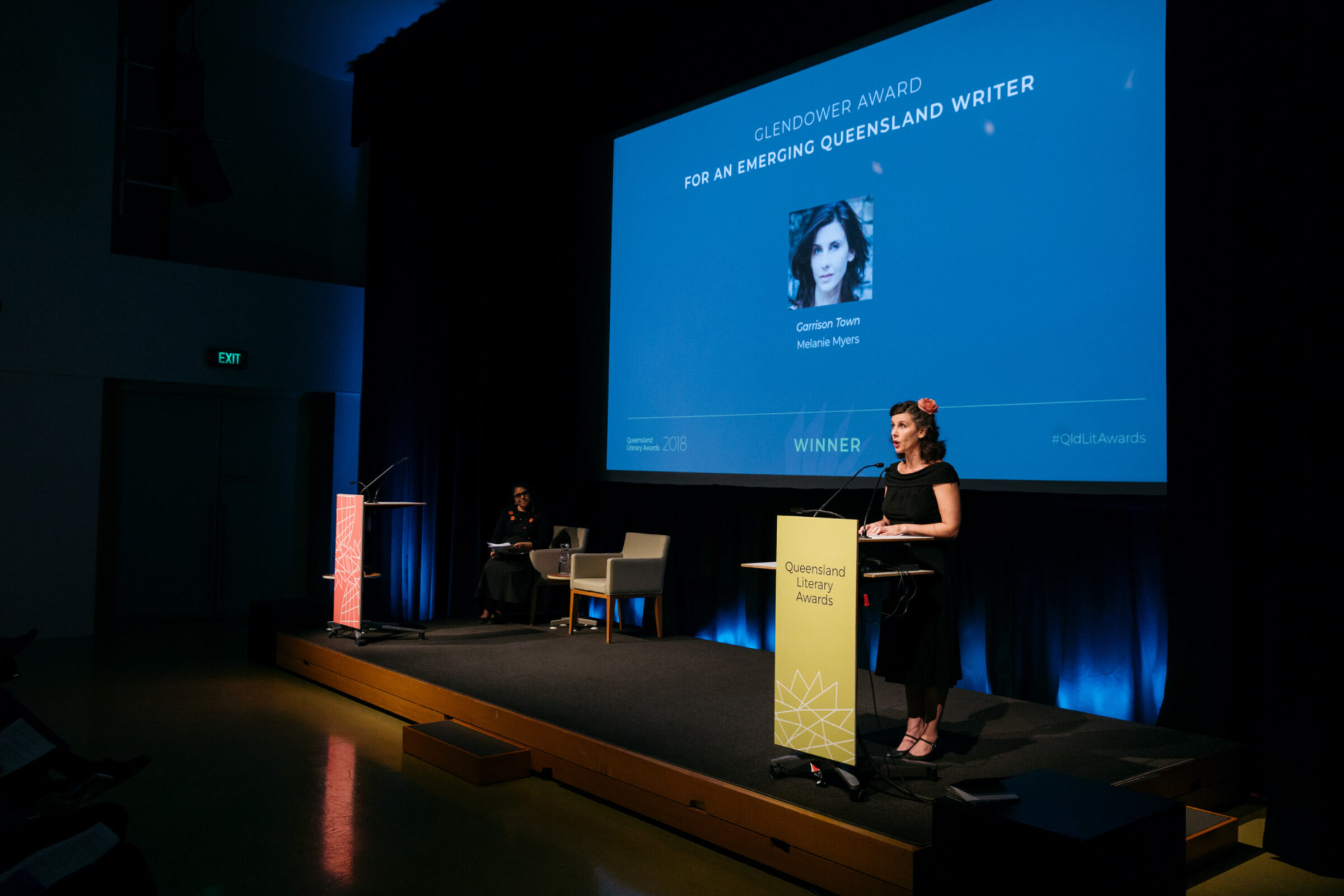 UQP devised and launched the David Unaipon Award in 1988 and the award is recognised as the most coveted Indigenous writing prize in the country. For almost 30 years, UQP has been committed to publishing the winning manuscripts and has since developed Australia’s most extensive Black Australian Writing list. Our focus is on growing this program and building the profile of, and access to, Indigenous writing in Australia and internationally.

Many QLA David Unaipon Award winners have gone on to achieve notable writing careers as a result of this important collaboration.

‘The support given to me after winning the Unaipon Award through UQP assisted in ensuring the development and publication of my first novel and I have been encouraged to keep writing.’ Larissa Behrendt, Unaipon Award winner 2002

‘The Black Australian Writing list in particular has been essential to me and my personal journey towards being a writer.’ Ellen van Neerven, Unaipon Award winner 2013

To enter an unpublished manuscript or submit an application for a development award:

Winners of the David Unaipon Award

2020 The Space Between the Paperbark by Jazz Money

2018 The Making of Ruby Champion by Kirstie Parker

2014 Not Just Black and White by Lesley and Tammy Williams

2009 The Boundary by Nicole Watson

2008 Every Secret Thing by Marie Munkara

2006 Me, Antman and Fleabag by Gayle Kennedy

2003 Whispers of This Wik Woman by Fiona Doyle

2000 Bitin’ Back by Vivienne Cleven

1999 Of Muse, Meandering and Midnight by Samuel Wagan Watson

1997 When Darkness Falls by John Bodey

1994 The Sausage Tree by Valda Gee and Rosalie Medcraft

As Queensland’s major publishing house, one of Australia’s leading literary publishers and a key supporter of new Australian authors, UQP is proud to publish the award-winning manuscripts of the Queensland Literary Awards (QLA) Glendower Award for an Emerging Queensland Writer.

UQP has partnered with the Queensland Government to open up career pathways and exciting opportunities for emerging writers and celebrate their work. For almost 20 years, UQP has been committed to publishing the winning manuscripts and mentoring Queensland writers in the early stages of their careers. Our focus is on growing this program and building the profile of emerging Australian writers nationally and internationally.

UQP is proud of the fact that many winners of the QLA Glendower Award have gone on to achieve notable writing careers as a result of this important collaboration.

‘It was a huge benefit to work with a local publisher, and I have valued establishing a relationship with the team at UQP beyond the publication of my book.’ Rebecca Jessen, Emerging Queensland Writer Award winner 2013

‘UQP really took me under their wing as part of the Award. I learned the basics of working with an editor and approaching structural edits and problems in my manuscript – stuff I still use day in and day out today in my writing life.’ Karen Foxlee, Emerging Queensland Writer Award winner 2006

To enter an unpublished manuscript or submit an application for a development award:

Enter the Glendower Award for an Emerging Queensland Writer

2020 If You're Happy by Fiona Robertson

2017 The Killing of Louisa by Janet Lee

2011 The Beloved by Annah Lee Faulkner

2006 The Anatomy of Wings by Karen Foxlee

2005 The Long Road of the Junkmailer by Patrick Holland

2004 An Accidental Terrorist by Steven Lang

2003 The Kingdom Where Nobody Dies by Kimberley Starr

2002 The Lambing Flat by Nerida Newton

2000 The Bone Flute by Nicole Bourke

1999 Shoelaces by Jillian Watkinson (published as The Architect)

Named in honour of a distinguished Queensland poet, the Arts Queensland Thomas Shapcott Poetry Prize for an Unpublished Manuscript is committed to encouraging emerging Queensland poets. Now in its 18th year, this prestigious prize for an unpublished poetry manuscript comes with total prize money of $2,000 and a publishing contract with UQP.

For more information on how to enter, visit the Queensland Poetry Festival website.

2018 Anna Jacobson, I know I may not escape unscathed (published as Amnesia Findings)

2009 Rosanna Licari, An Absence of Saints

2005 Nathan Shepherdson, Sweeping the Light Back Into The Mirror

2003 Lidija Cvetkovic, War is Not the Season for Figs

Established in association with The University of Queensland (UQ), the annual UQP Quentin Bryce Award will be awarded to one book on UQP’s list that celebrates women’s lives or promotes gender equality, with the winner to be chosen by Bryce.

UQ will provide $10,000 towards the award, of which $5000 will be used as prize money for the winning author, with the remaining $5000 to be spent on additional marketing and publicity.

An alumna of UQ, Bryce was the first woman to hold the office of Governor General of Australia, is a former Governor of Queensland and was the first woman appointed as a faculty member of UQ’s law school. She is also an ambassador for the Indigenous Literacy Foundation and the Stella Prize.

‘I have a long and proud association with the University of Queensland and its publishing house, UQP—over the years I have admired and supported many of UQP’s books, authors and staff,’ says Bryce. ‘I am honoured that an award has been established in my name that will reward one of their outstanding authors each year.’