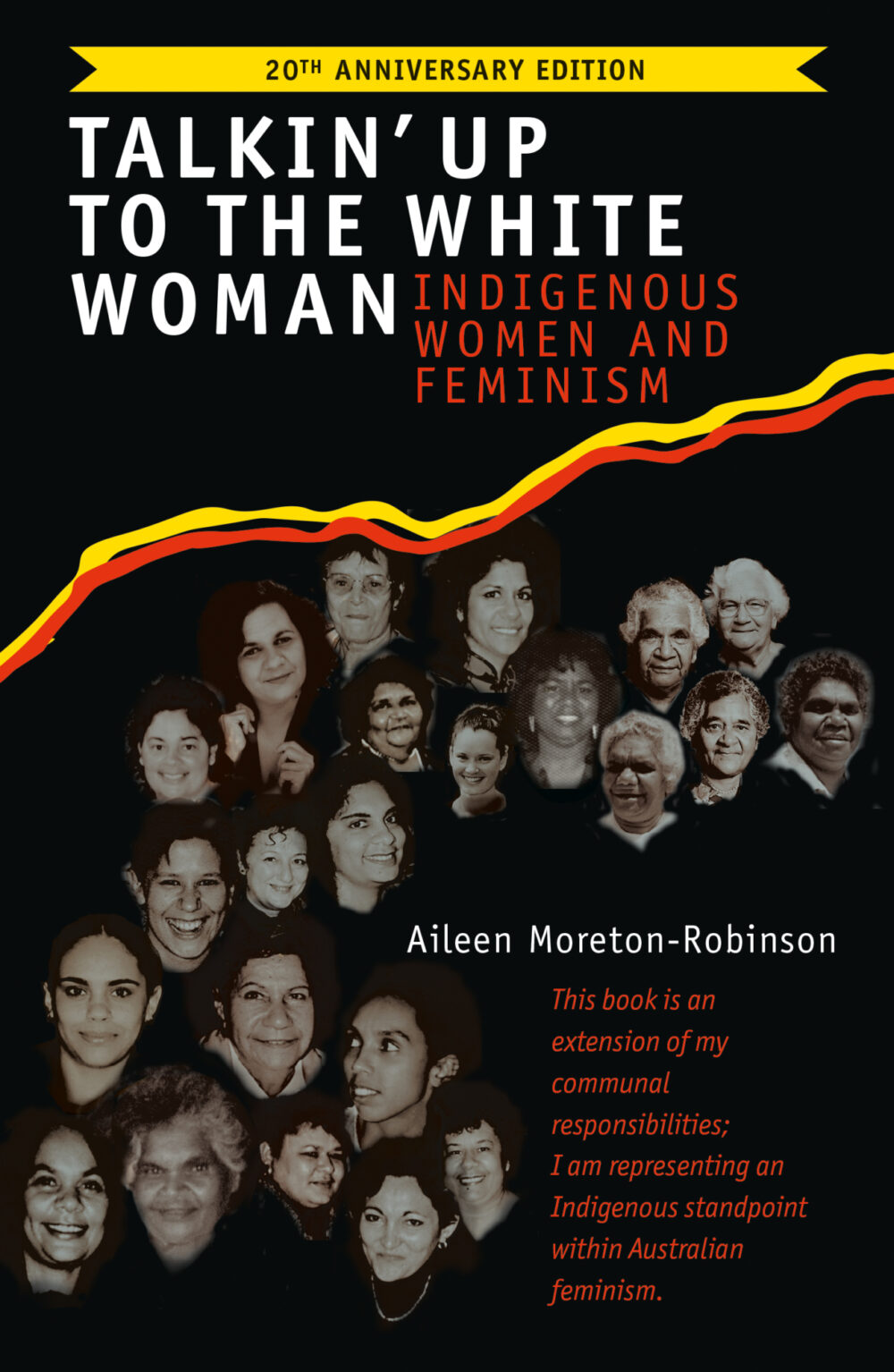 Talkin’ Up to the White Woman:
Indigenous Women and Feminism (20th anniversary edition)
by Aileen Moreton-Robinson

With a new 20th anniversary preface and review essay by the author.

In this ground-breaking book, Distinguished Professor Aileen Moreton-Robinson undertakes a compelling analysis of the whiteness of Australian feminism and its effects on Indigenous women. From an Indigenous woman’s standpoint, as a Goenpul woman and an academic, she ‘talks up’, engages with and interrogates western feminism in representation and practice.

Through examining an extensive range of feminist literature written mainly by white scholars and activists, Moreton-Robinson shows how whiteness dominates from a position of power and privilege as an invisible norm and unchallenged practice. She illustrates the ways in which Indigenous women have been represented in the publications and teachings of white Australian women, revealing that such renderings of Indigenous lives contrast with how Indigenous women re/present and understand themselves.

Persuasive and engaging, this book is a necessary argument for the inclusion of Indigenous perspectives in the teachings and practices that impact on Australian society. This new edition proves the continued relevance of this classic work as a critique of the whiteness of western feminism.

‘It’s a crime that this book and its author have not been household names and integral to our national cultural and intellectual landscape for the 20 years since its publication.’ Michael Williams

‘For those who wish to be part of the change, reading this book is an excellent step.’ Feminist Writers' Festival

‘If you only read one book on this list, let it be Talkin' Up to the White Woman… a timeless, searing critique.’ RUSSH Magazine, 36 Australian books to add to your reading list

‘I'm on a mission to make sure every single human being I know reads this book.’

‘Twenty years on, Talkin’ Up to the White Women remains a gift to Black women who get talked down to, every day and every where. It provides a frame for us to make sense of and strategise our way out of the ongoing violence we experience, physically, psychologically, politically, intellectually, and materially. Just as importantly, Moreton-Robinson, in Talkin Up, demonstrates the possibilities for, and power of Indigenous intellectual sovereignty in action, on every single page.’

‘Still the most important book on Australian feminism, and a clarion call to stand with Indigenous women in the struggle against white supremacy.’

‘A timeless reference that undertakes a compelling analysis of the whiteness of Australian feminism … essential reading.’

‘‘Aileen Moreton-Robinson has without doubt given us words to describe the feelings that for a long time have been held deep within us about the Australian women’s movement and feminism … She has given us all a gift ... Her book is extremely timely, an important contribution and too deadly!’’

‘‘Moreton-Robinson has done us a favour by detailing her people's experiences with white feminism. Now it is up to white feminists to read her book and learn from her analysis.’’ 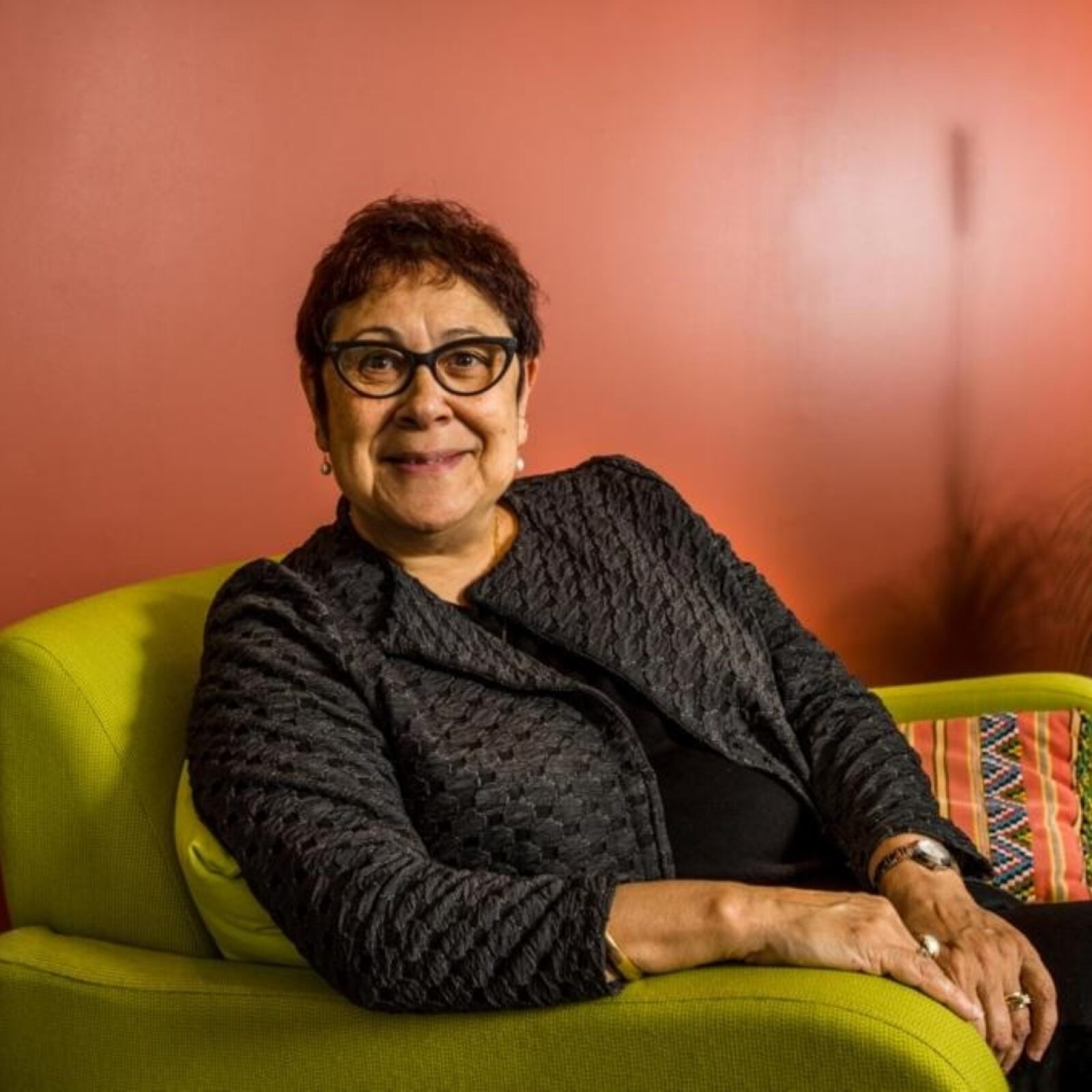 Distinguished Professor Aileen Moreton-Robinson is a Goenpul woman of the Quandamooka people (Moreton Bay) and is Professor of Indigenous Research at RMIT University. She was appointed as Australia’s first Indigenous Distinguished Professor in 2016 and was a founding member of the Native American and Indigenous Studies Association (NAISA). She is the author of Talkin’ Up to the White Woman: Indigenous Women and Feminism (UQP); The White Possessive: Property, Power and Indigenous Sovereignty (Minnesota Press); and the editor of several books, including Critical Indigenous Studies: Engagements in First World Locations (The University of Arizona Press). In 2020 she was appointed a member of the American Academy of Arts and Sciences, the first-ever Australian Indigenous scholar to be elected. 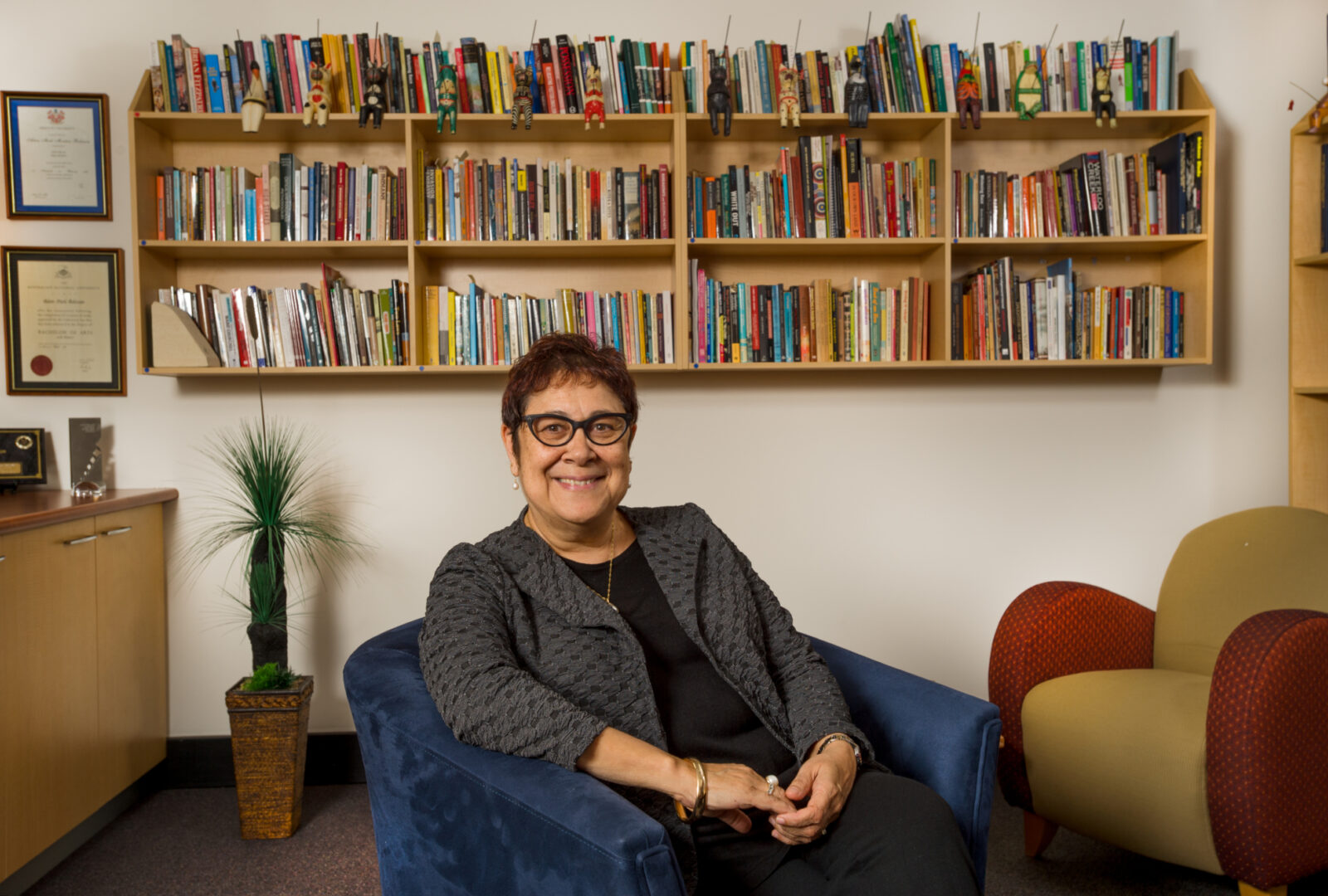 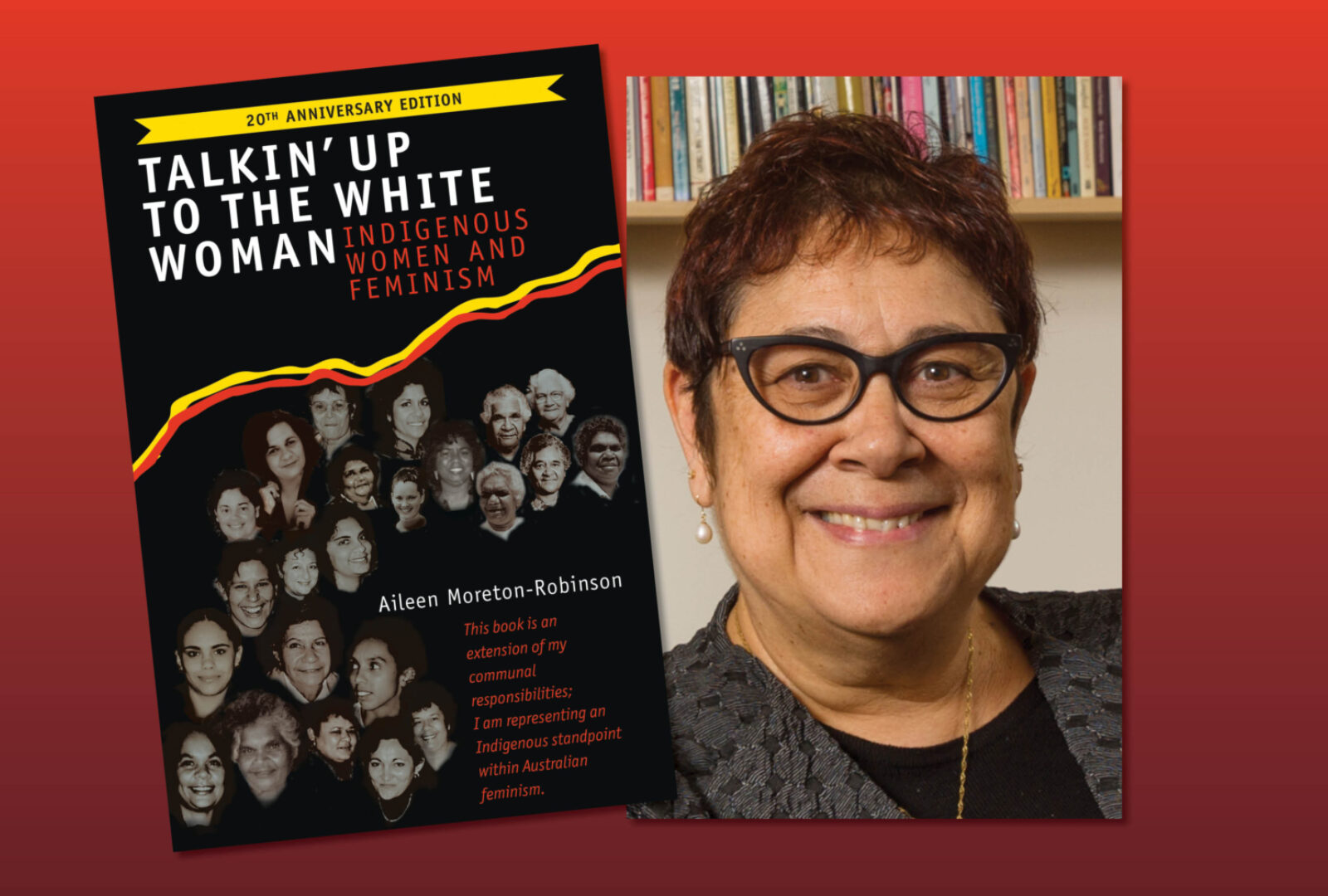 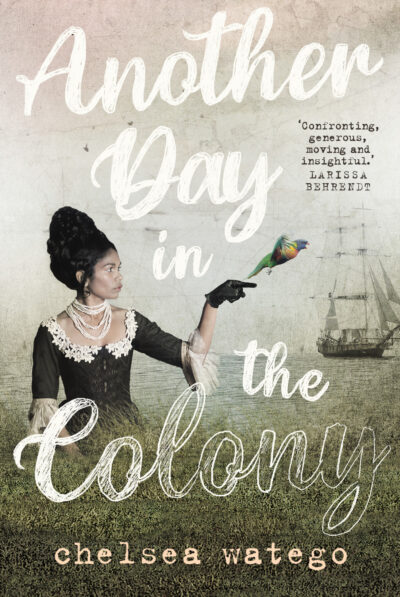