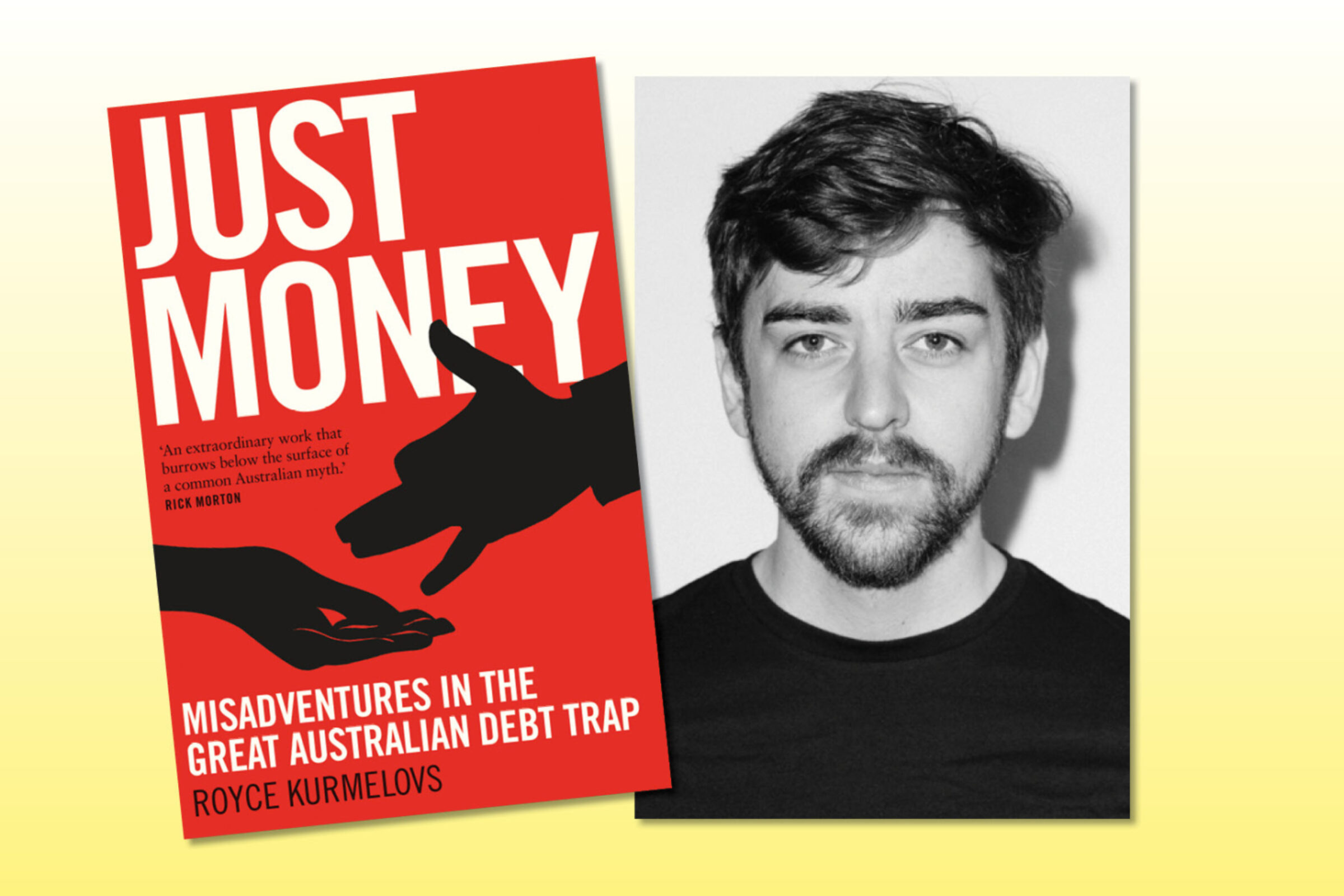 From award-winning journalist Royce Kurmelovs comes a brilliantly illuminating exploration of how Australians became some of the most indebted people in the world. Join Royce Kurmelovs for the launch of Just Moneywith Avid Reader.

The debt business is booming. Millions of Australians grapple with credit cards, mortgages and student debt repayments each day. As the result of a car crash without insurance, investigative journalist Royce Kurmelovs finds himself among them. When a debt collector knocks on his door, he embarks on a journey through the underbelly of the Australian financial system. Though friends tell him not to worry, that it’s ‘just money’, he learns the opposite is true: our relationship with debt is a convergence of class and power, making it an urgent social justice issue for a growing number of people.

Just Money is a timely and important book that reveals how years of political opportunism and rapacious business practices in the ‘Lucky Country’ have forged a nation that is leaving the next generation to pick up the tab.

Royce Kurmelovs is a journalist and writer whose work has been published by the ABC, CNN, BBC, Al Jazeera English, VICE, The Guardian and other publications. Royce's bestselling first book, The Death of Holden, was published in 2016 and his critically acclaimed second book, Rogue Nation, was published in 2017. Boom and Bust is his third book. He worked as a media adviser to Nick Xenophon between 2015 and 2016.

This event is free but requires registration.

NOTE: In registering for this event you need to include your email address. We email the Zoom event link to you after 5.00pm on the day of the event. If you have not received this information prior to the event please check your SPAM folder.