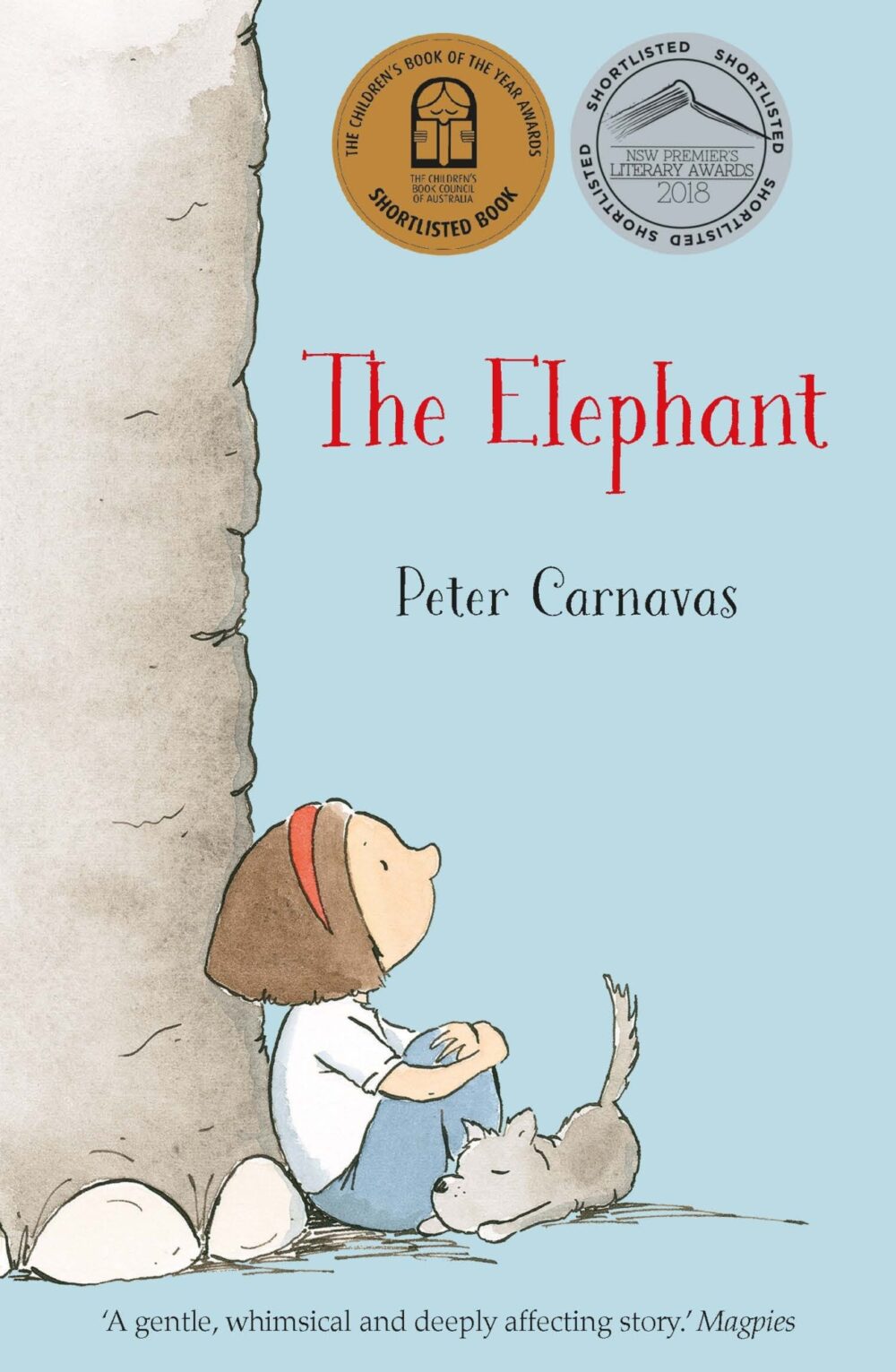 The Elephant
by Peter Carnavas

Beautifully written, this novel from acclaimed author and illustrator Peter Carnavas will stay with you long after you finish.

Olive leaned a little closer and lowered her voice.

Olive’s father has a sadness so big that she imagines it as a large grey elephant following him around. With the help of her cheery grandfather and her best friend, Arthur, Olive sets out to chase away her father’s elephant.

‘Ultimately, it’s a story about the empathetic and resilient Olive and her ability to find joy in unlikely places. It is highly recommended for young readers aged six and up.’ Books+Publishing

‘Sprinkled with humour and endearing illustrations, The Elephant is a must read. It will not rip your heart in two with unchecked tragedy. It will, however, massage it firmly and then fill it with gladness. I can’t love this enough.’ Boomerang Books

‘This book is a rare treasure.’ Bookity Boo blog

‘The Elephant is an essential read for ages seven and up, and we recommend this be a family read – first, to answer any questions, and secondly, because we guarantee no adult will want to miss out on this brilliantly written book.’ Better Reading Kids

‘There is much to enjoy and savour here: a rich theme, carefully realised characters, delicate line drawings, a satisfying story, gentle humour and sensitive careful language.’ The CBCA’s Reading Time

‘This book is so very special.’ Momo Celebrating Time to Read blog

‘The Elephant is a gentle exploration of family issues associated with depression, told through the eyes of a child, in such a way that readers will gain understanding and empathy’ The Sunday Telegraph

‘A warm-hearted book of emotional learning, creative problem-solving, and genuine care for others. Recommended for anyone in need of hope for a path to happiness.’ School Library Journal

‘Carnavas takes the tough topic of caregiver depression and gives it a delicate, graceful touch. His plot weaves tightly together, and the ending twist is a lovely completion. Black-and-white spot illustrations throughout give a visually accessible feel, as do the short chapters....A delicate, lovely story about caregiver depression that will validate and empower readers.’ Kirkus Reviews

‘The warm, plain, rich written text is more than sufficient to mark The Elephant as excellent, but Carnavas’s playful, emotionally evocative line drawings catapult the work into the exceptional realm....[A] must-buy for everyone who knows anyone touched by mental health issues – which is everyone. This book belongs in every home, library and classroom. Highly Recommended.’ CM Magazine

‘The Elephant is an endearing, exceptional story about dealing with loss and supporting those involved. The relationships in the story are positive ones including the important way that Olive’s grandfather lovingly cares for his granddaughter’s needs during this difficult time. This heartwarming novel is the best book that I’ve read pertaining to loss. Highly recommended!’ Toronto.com

‘The Elephant is a great book for a lot of reasons. From a structural standpoint, it helps ease young readers into the novel format….Thematically, The Elephant deals with issues of loss and depression without getting too heavy.’ Kids Make Mess

‘The Elephant is a timeless and memorable tale that will deeply move and delight readers of all ages.’

‘A wise and engaging story’

‘A little book with a huge heart.’

‘A beautiful book – not just heartwarming but heart healing.’ 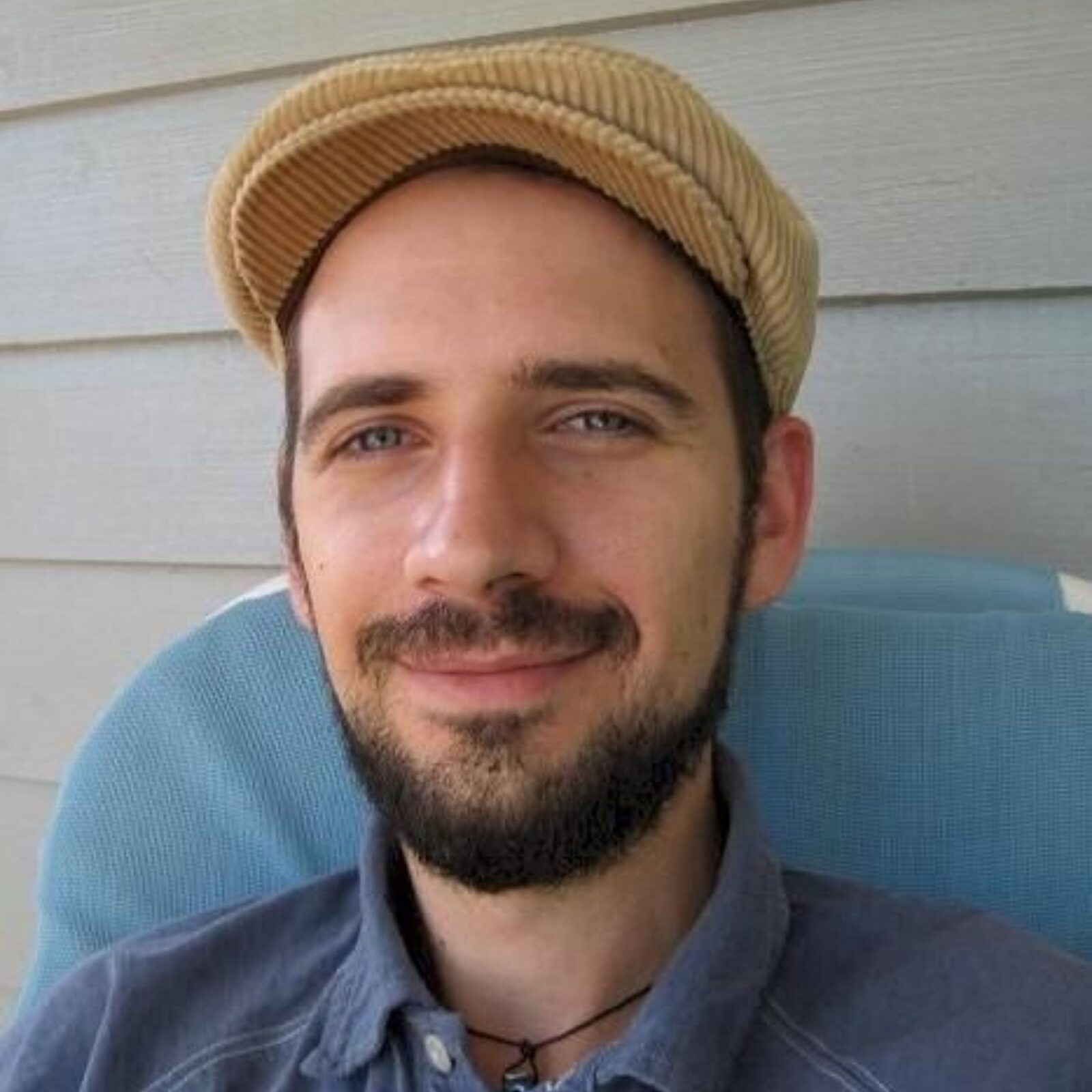 Peter Carnavas grew up in Brisbane and on the Sunshine Coast in Queensland. He became a primary school teacher and it was during this time that he began to immerse himself in picture books. His first book, Jessica’s Box, was shortlisted for the 2008 Queensland Premier’s Literary Award and the 2009 CBCA Crichton Award for Emerging Illustrators. He has since written and illustrated many picture books, which have been translated into German, Italian, Portuguese and Dutch. In 2018, his first children's novel, The Elephant, won the Queensland Literary Awards' Children’s Book Award. The Elephant was also shortlisted for The NSW Premier’s Literary Awards – Patricia Wrightson Prize for Children’s Literature, the ABIA Awards – Small Publishers’ Children’s Book of the Year, and CBCA's Book of the Year, Younger Readers. Peter lives on the Sunshine Coast with his wife, two daughters and a scruffy dog that occasionally escapes. 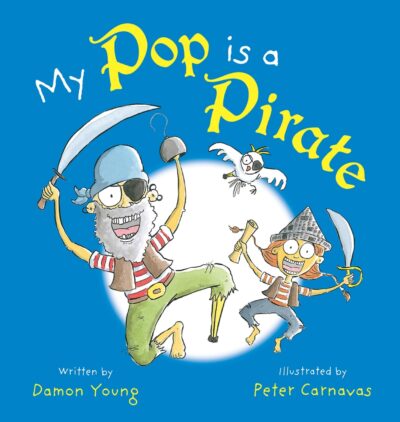 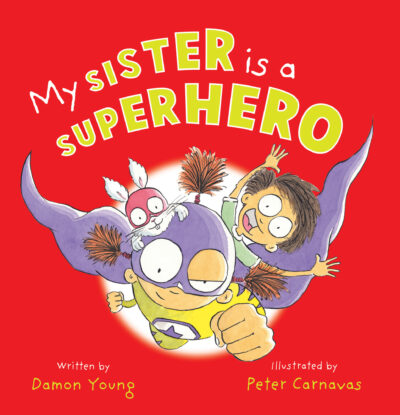 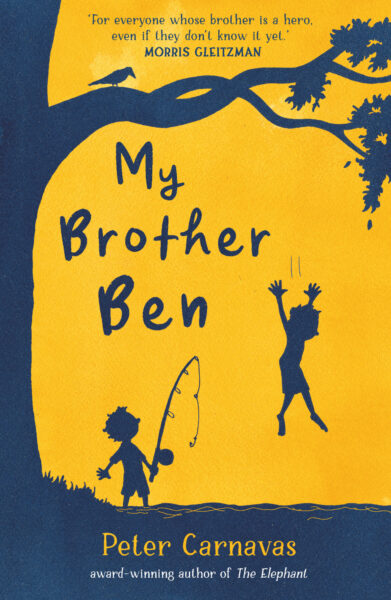 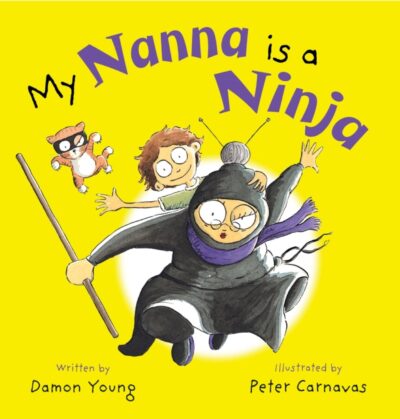 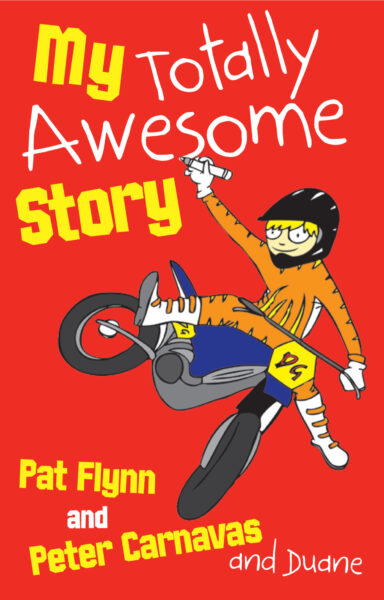 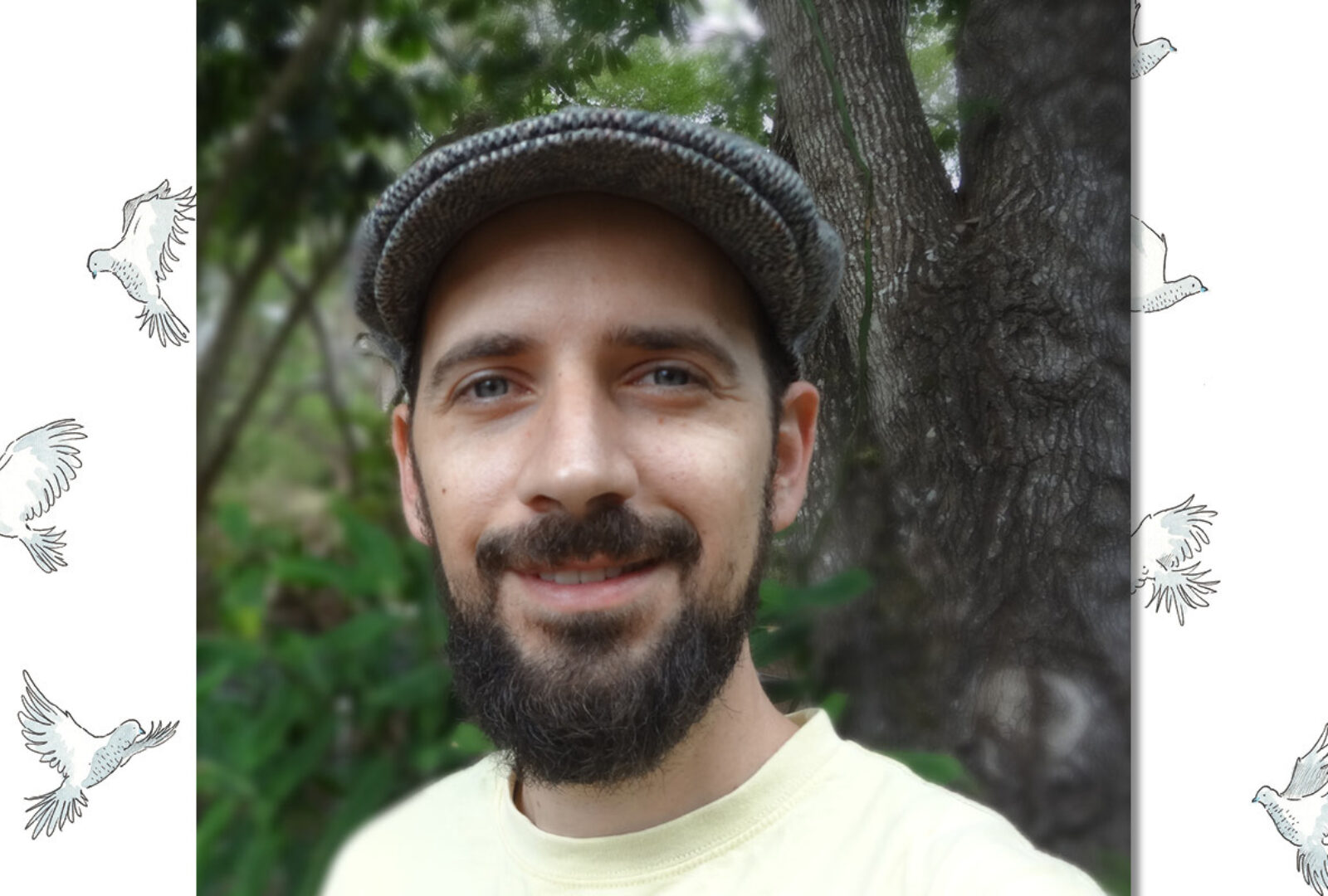 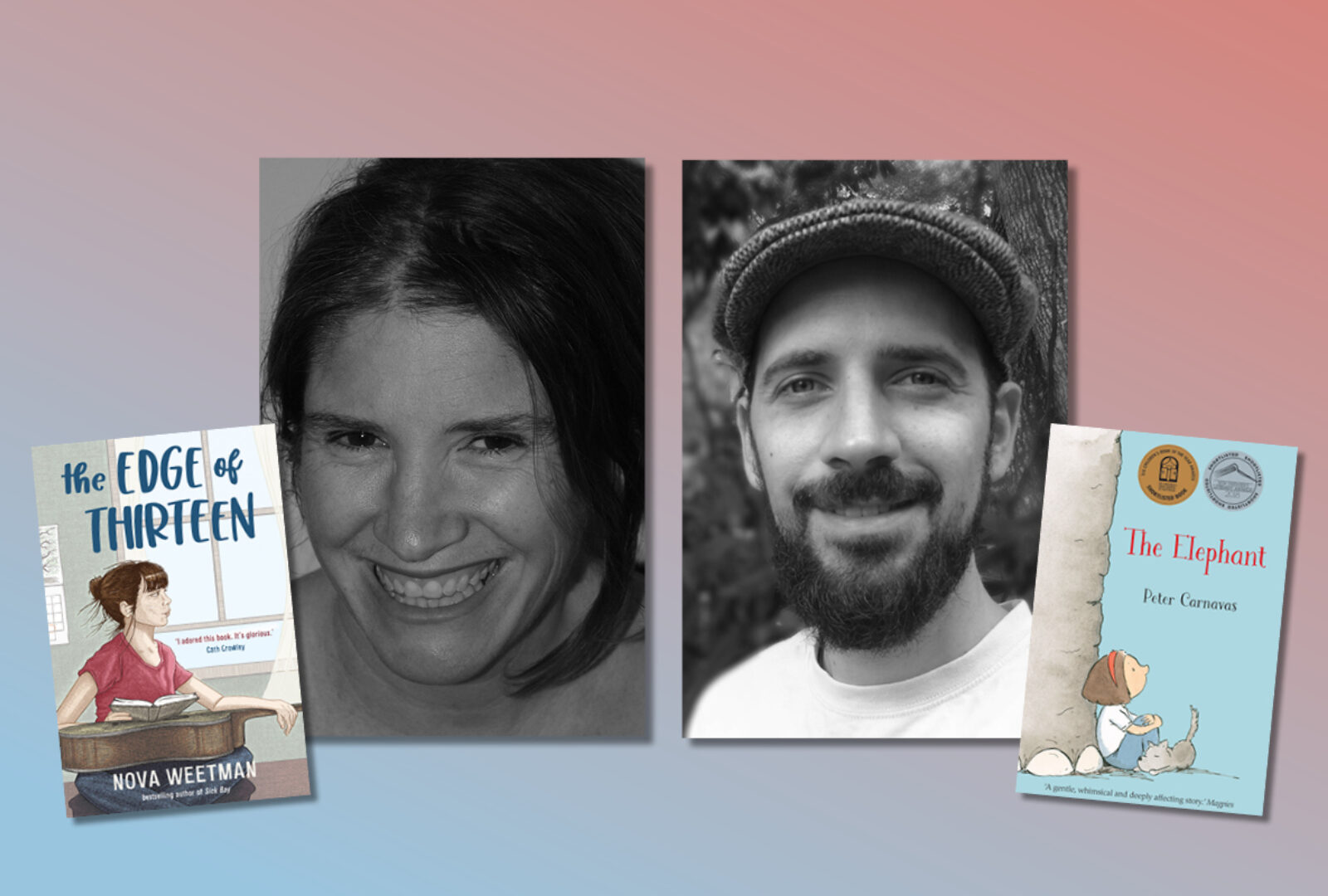 UQP authors at Voices on the Coast 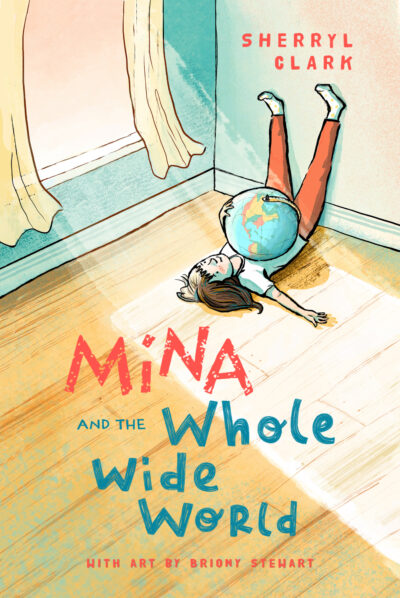 Mina and the Whole Wide World 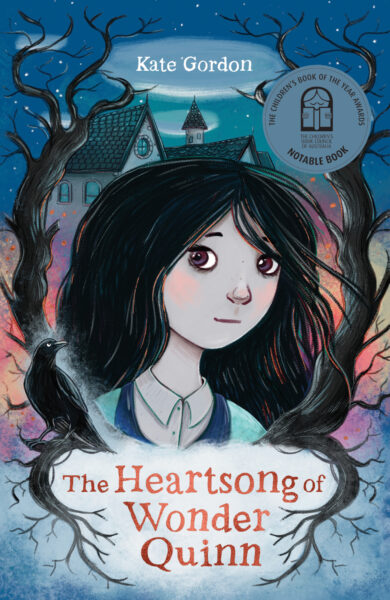 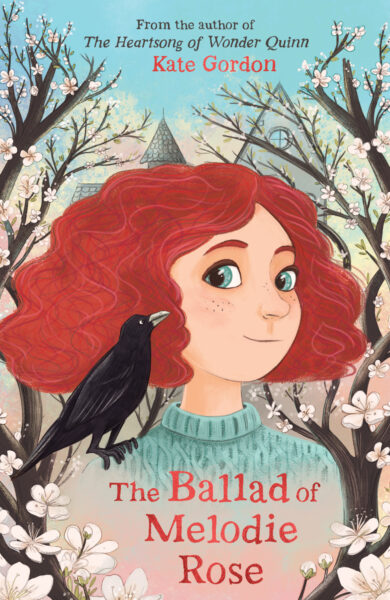 The Ballad of Melodie Rose 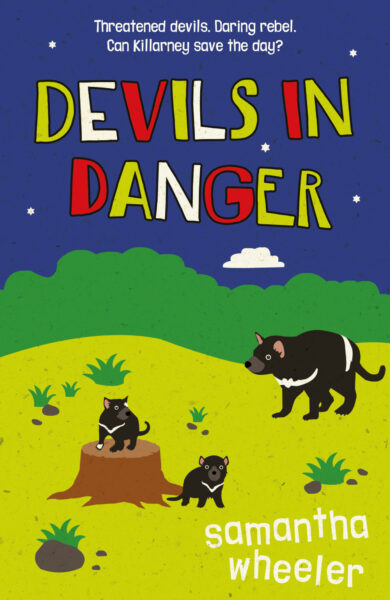