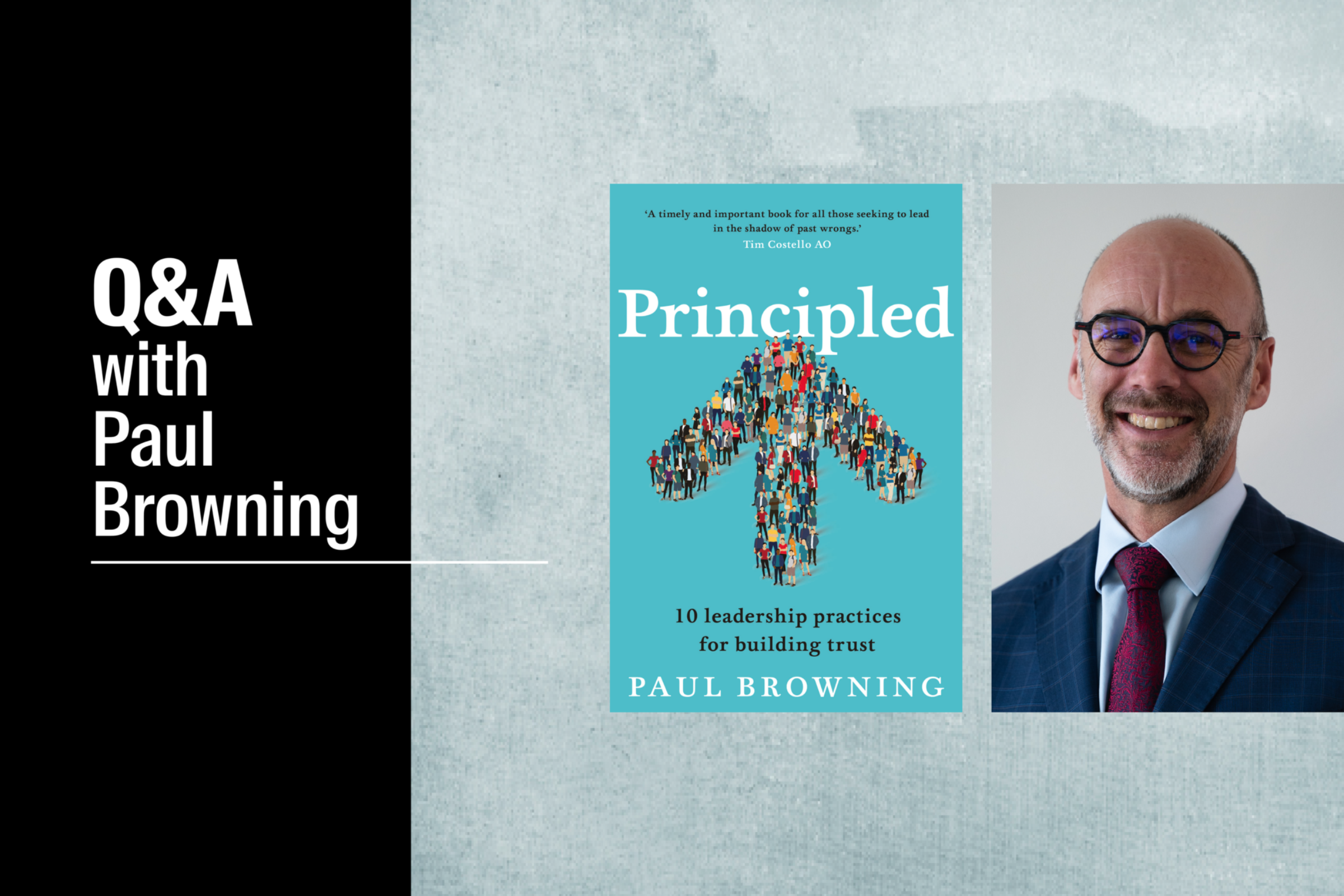 Taking the lead with Paul Browning

Author of Principled, Paul Browning, talks teaching, his transition to leadership, and what defines a great leader.

What led you to a career in teaching?

I’m not one of those people who always knew they’d become a teacher.

You never really know what you want to do with your life when you’re at school: it’s such a hard decision to make when you’re so young. My best subjects were maths, engineering science and technical drawing. The obvious option was to become an engineer. I liked the sound of being an aeronautical engineer. I even toyed with the idea of becoming an architect.

At the conclusion of school I still didn’t know what I wanted to do with my life and neither did my two best mates. So we all took the year off study to work. I was a labourer for a surveying company.

That was the same year that someone at church asked me to teach Sunday School. I reluctantly took on the role but quickly realised that I loved working with young people. What other job gives you the opportunity to influence and shape so many people’s lives?

What was your first day as a teacher like?

I trained to be a primary school teacher and in my cohort of just over 100 students there were less than 10 guys, and most of them were part of the Health and PE course.

Before I had finished my degree I was headhunted by a small, independent school in the Southern Highlands of NSW, called Gib Gate. I began at the school in 1990 teaching ‘Transition’ (Kindergarten); 28 four-to-five-year-old children.

I meticulously planned my first day but exhausted all my prepared activities by 11am! That left me with a further four hours to occupy a group of boisterous children. I restored to a game of ‘Duck, Duck, Goose’ at the farthest reaches of the oval (so I could kill sometime walking there) and the obligatory ‘free-play’.

I went home that night totally exhausted. I had no idea how I was going to go back the next day and in exasperation, laid down on the road in front of my house hoping someone would run me over (fortunately I lived on a very quiet street)…

How did you move from classroom teaching into school leadership?

I love the creativity of teaching, but early in my tenure cemented ambitions to lead my own school.

In the first six years of my career I had served under three heads, each with their own particular style. I learnt a lot about leadership from watching them and observing how they made me, and my colleagues feel and act.

In 1996 I went to the then head of Gib Gate and asked him to appoint me as the leader of the early childhood section of the school, a position that had become vacant. He agreed. It was my first chance to make a broader impact, beyond the bounds of my own classroom.

Then in 1997 I began looking for opportunities outside the school for promotion. Late in that same year the role of head for a new school in the ACT — Burgmann Anglican School — was advertised in the national papers. I applied and won. I was just 31.

The school started in 1999 with 24 kindergarten to year three students, and each proceeding year, we added a grade level. When I left in 2008 there were just fewer than 1000 students from preschool to year 12, a waiting list of some 3000, and we were about to open a second campus. Today the school has more than 1600 students.

Leading Burgmann was a unique experience in many ways. My leadership experience and ability grew with the school. Each year brought new challenges that stretched my skills.

From Burgmann you moved to St Pauls in Brisbane, what prompted the move?

Starting a new school requires huge amounts of energy and drive. It also means that staff have to give beyond what would be expected at an established school. It isn’t normal to ask your teachers to work into the wee hours of the morning setting up new classrooms, nor lay the turf in the playground, but it’s a necessity if you are going to get a new school off the ground.

I left for a few reasons:

One was that my vision for the school was complete. A defining moment for me came on an autumn afternoon in 2007. I stood at the top of the oval and looked back over the school. At that moment I knew the vision I saw, when it was just a barren sheep paddock back in 1998, was complete.

Finally, I left because if I didn’t, I would have been tied to the school indefinitely. My own children were nearly of an age that it would have been unfair to move them. It was then or never.

You’ve been a teacher, a principal, and an international speaker — do these roles require different skillsets?

Essentially I use the same skills in the different contexts. Teachers are performers. Their stage is their classroom. Leaders have to be performers as well. Their stage is in front of the people they lead. I am naturally an introvert and so have to work hard to ‘perform’, but I enjoy it.

I enjoy keynote speaking, but my preferred mode of speaking is workshop. Basically, during these sessions I am teaching adults using the same skills I would use in a classroom.

The opportunity to travel and speak gives me another interest, taking me outside the school, keeping me stimulated. It also gives me opportunity meet others and see what they are doing: it is another chance for me to learn.

What makes a great principal?

I go back to Burgmann from time to time. My wife and I formed some great friendships with some of the early families of the school. The one thing they continually say that they admired in me was that I knew every single child’s name. And I did. Oddly, I also knew what car their parents drove because every afternoon I would put them into it as mum or dad (or grandma) drove through the pick-up line.

Great schools are about relationships. They are communities. All people want to feel connected and valued. It is the principal that creates the culture of a school. Their primary responsibility (aside from setting the vision) is to create the culture. If the culture isn’t one of genuine relationships then children will not be as willing to learn. How can a young person learn effectively if they hate school?

First impressions of a school are gained the moment you walk in the gates. Some places feel ‘cold’ and uninviting, while others have a special ‘feel’ that is hard to pinpoint. Typically, these are the places that are alive and buzzing for some reason, but if you look deeper you find it is because they are built on great relationships. Everyone is happy. If a principal is successful in creating the right culture people will be empowered to give, and be their best.

Of course, there are other important aspects to the role, but if you can’t establish a culture conducive to good learning, those aspects won’t matter in the slightest.

Whose leadership do you admire?

I spend a lot of time reading about, or observing leaders, learning from their actions to grow my own skills. My PhD research had this question as the central theme: confronted by a culture of distrust at St Paul’s, how could I become a more trustworthy leader? The individuals I studied taught me a lot and I am very grateful to them.

That said, there isn’t one single person I would name as a person I admire. No leader is perfect. We are all human and each have our own strengths and weaknesses. I believe great leaders build great teams around them.

Principled: 10 leadership practices for building trust is out now. 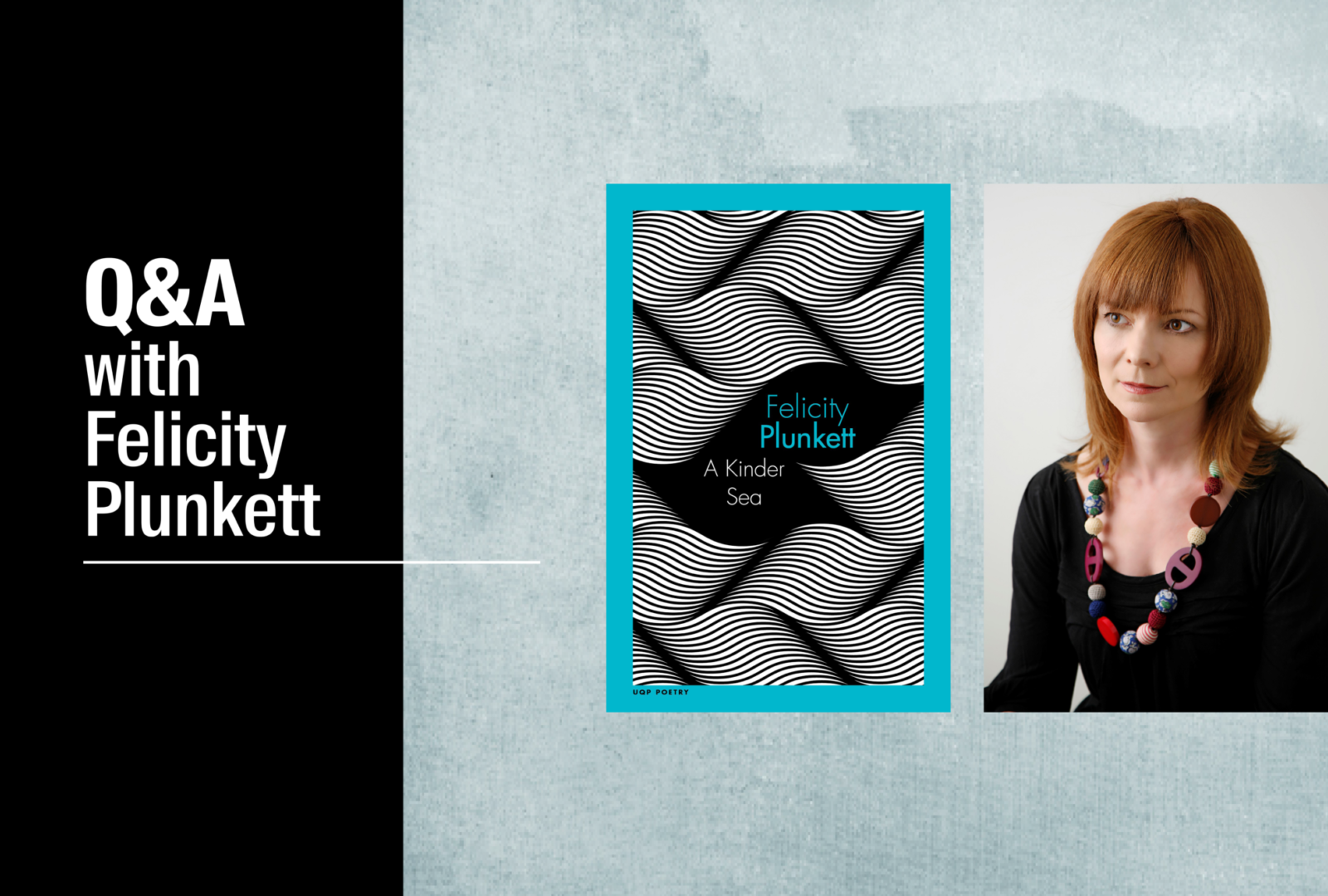 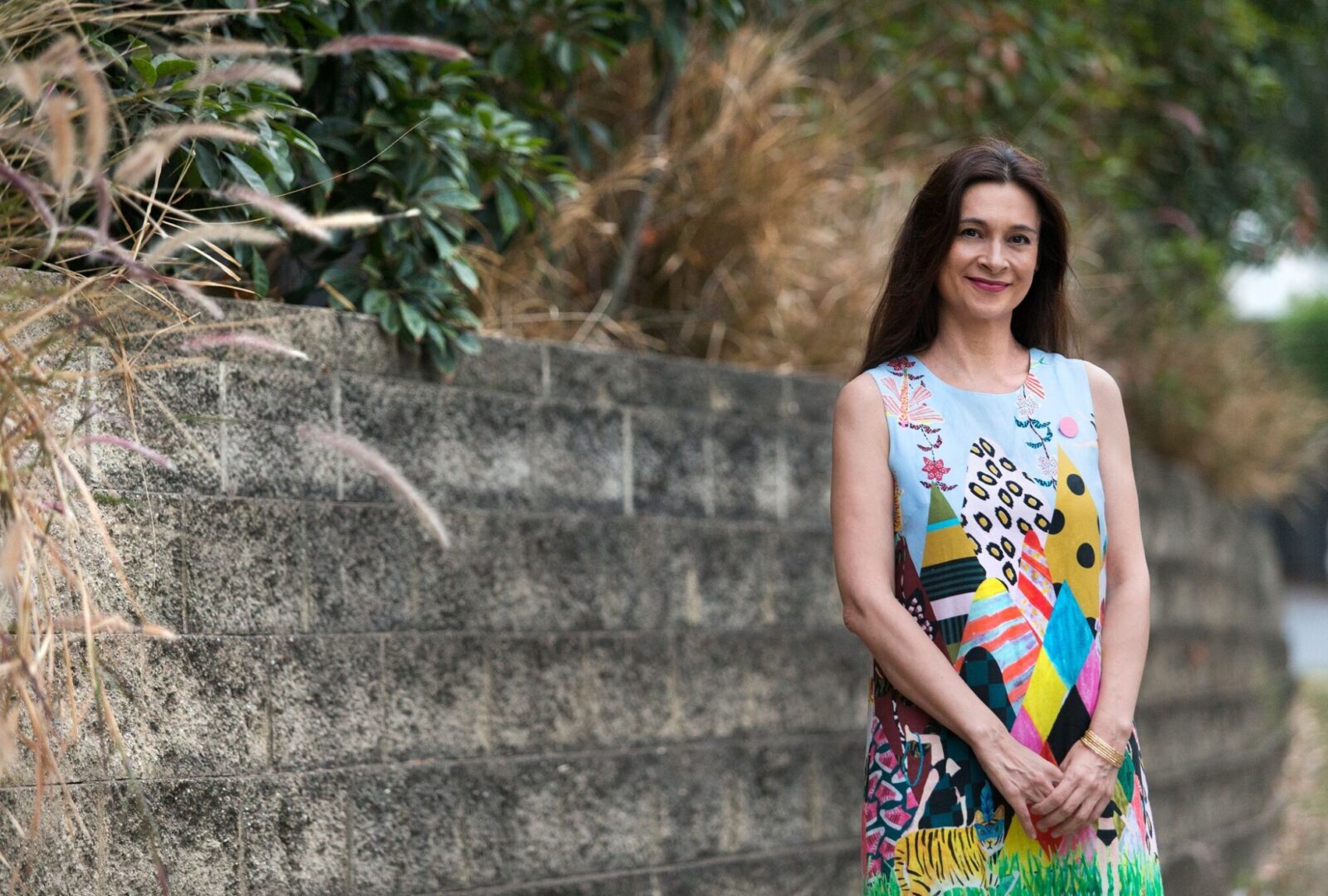