Ray Whitrod was born in Adelaide in 1915. He matriculated from high school during the Depression. His subsequent police career – interrupted by war service and a stint with ASIO – led to appointments as the Commissioner of the Commonwealth, Papua New Guinea, and, finally, as the Commissioner of the Queensland Police Force. After seven hard years trying to eliminate malpractice in the Queensland force, Ray Whitrod was forcibly presented by the Bjelke-Petersen government with a deputy commissioner, whom he knew to be deeply corrupt. Whitrod resigned in protest in 1976.

Ray Whitrod was active in the establishment of the South Australian Victims of Crime Service. He had a lifelong involvement with Scouting and was awarded many honours, including appointment as Companion of the Order of Australia and a doctorate from the Australian National University. Ray Whitrod passed away in July 2003. 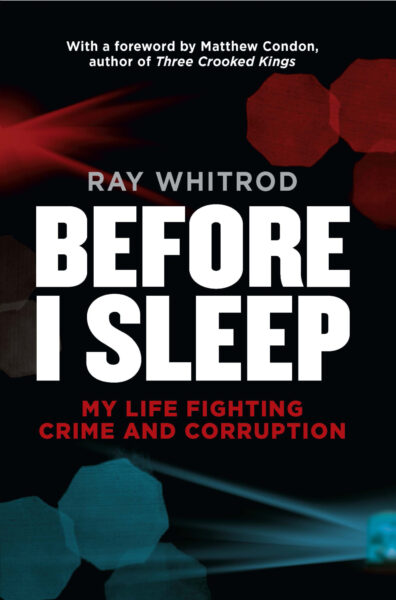 Before I Sleep:
My life fighting crime and corruption