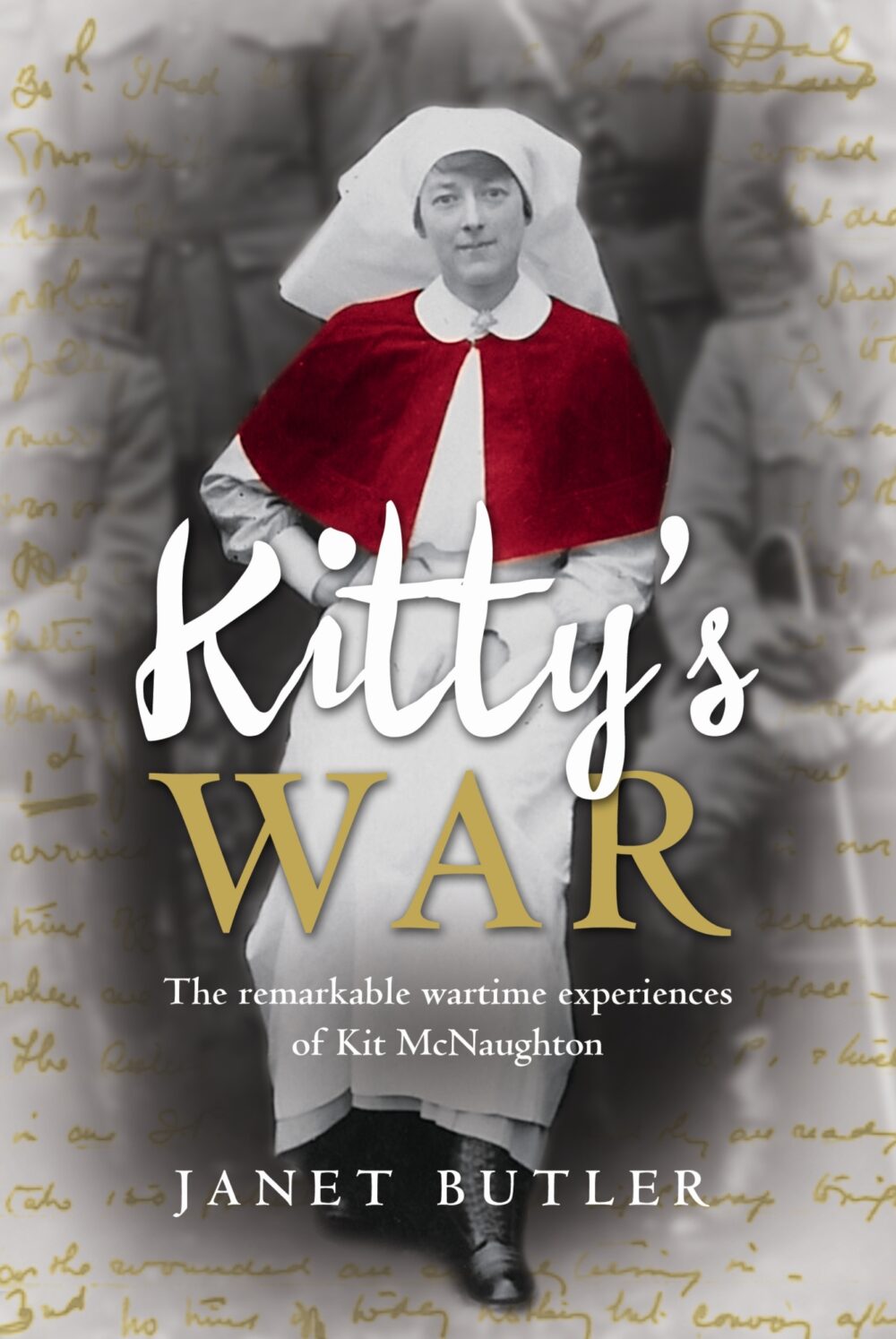 Kitty’s War is based upon the previously unpublished war diaries of Great War army nurse Sister Kit McNaughton. Kit and historian Janet Butler grew up in the same Victorian district of drystone walls, wheatfields and meandering creeks, except many decades apart. The idea of this young nurse setting out on a journey in July 1915 which would take her across the world and into the First World War took hold of Janet Butler and inspired her to research and share Kit’s story.

This decisive and dryly humorous woman embarked upon the troopship Orsova, bound for Egypt in 1915. Kit’s absorbing diaries follow her journey through war, from Egypt, where she cared for the Gallipoli sick and wounded, to the harsh conditions of Lemnos Island, off the coast of the Dardanelles, and then on to France and the Somme. Here she nursed severely wounded German soldiers for the British. During Passchendaele, a year later, she ran the operating theatre of a clearing station near the front line. Kit finished the war as Australia’s first plastic surgery nurse, assisting medical pioneers in this field as they repaired the shattered faces of Australian soldiers.

Through Kitty’s diaries and Janet Butler’s thoughtful narration, we see the war through the eyes of a young Australian nurse as she is transformed by what she witnesses. Kitty’s War is an intimate and rare story of one woman’s remarkable experience of war.

‘[A] brilliant book. If you read just one book about the ANZAC experience, it should be this one. Highly recommended.’ ANZLitLovers LitBlog﻿

‘This is a standout depiction of life during World War I. Thorough research, deep analysis and compelling writing, Kitty’s War engaged me from cover to cover.’ Stumbling Through the Past

‘A real eye-opener. I highly recommend this book to anyone who is interested in Australians at war [or] the history of nursing.’ ReadPlus

‘A brilliant study of the heroism and tragedy that marked a war soterrifying, that even a woman as brave as Kit McNaughton could not bringherself to fully record.’ Judges’ Comments, NSW Premier’s History Prize

‘The writing is superb. This is an important book, a tale of one woman, told seamlessly and with compassion.’ Freud in Oceania Journal

‘Kitty’s War is a reverent and sensitive tribute to Kit McNaughton.’ The Resident Judge of Port Phillip

‘Kitty’s War offers a distinctly personal view of relationships, of separation from family and friends, of loneliness and love. It’s a relevant, interesting and informative history and likely to have broad appeal.’ Mufti

‘This is a carefully referenced book, and will prompt lots of thought and discussion.’ Victorian Country Woman

‘An Australian biography of grand proportions based on emotional diary recollections and reflective memories.’ Agora Magazine

‘[A] remarkable story of a wartime nurse.’ 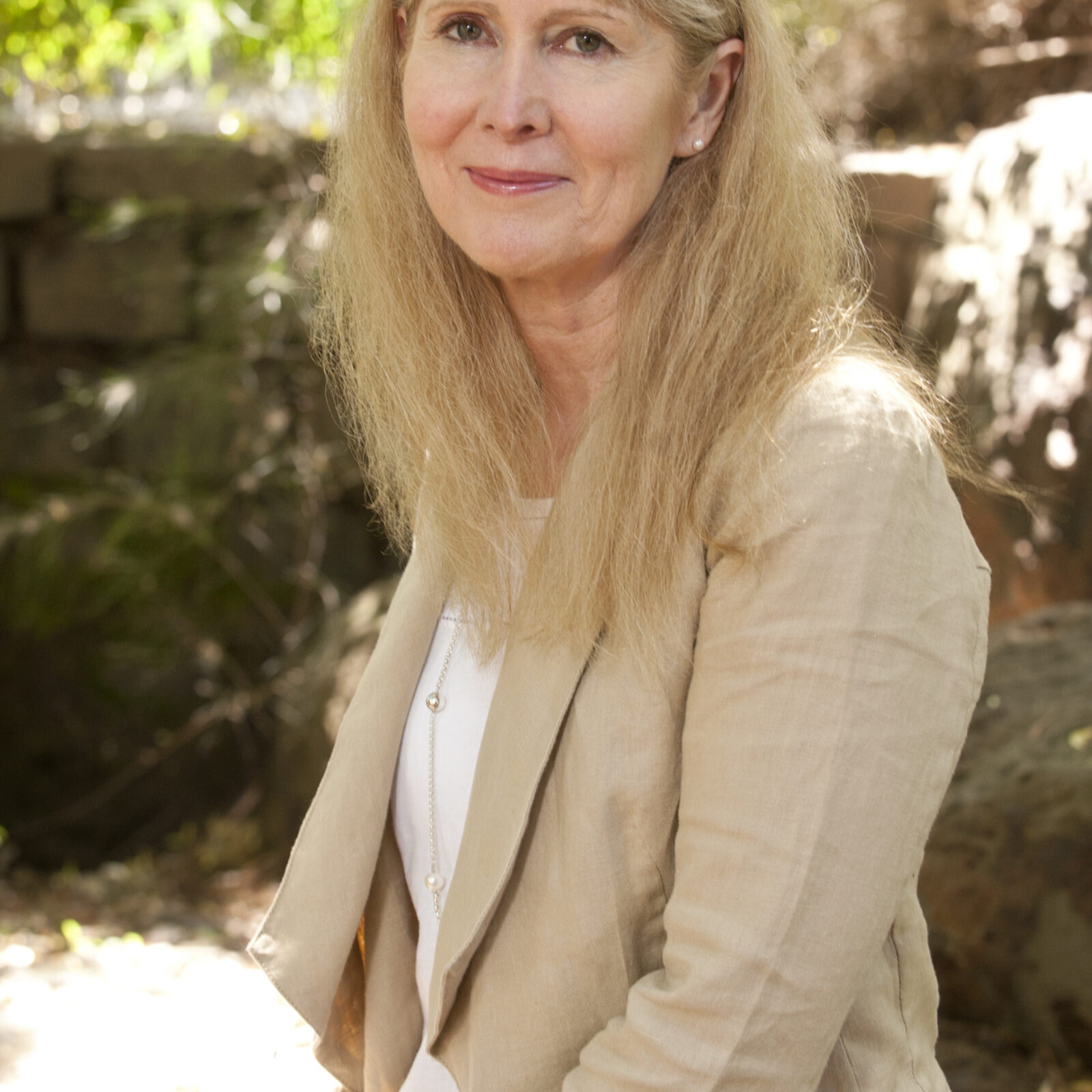 Dr Janet Butler is an Honorary Associate in the History Program at La Trobe University, in Melbourne, Australia. Her research interests encompass war and autobiographical narratives. Her present work focuses on the experience of the individual, as expressed in their personal narratives, as a lens on war and change, on the relationship between gender, identity and war and on the nature of the narratives themselves.

She currently lives in Melbourne with her husband and children in an Edwardian house which was once the home of the third Australian ashore at Gallipoli.